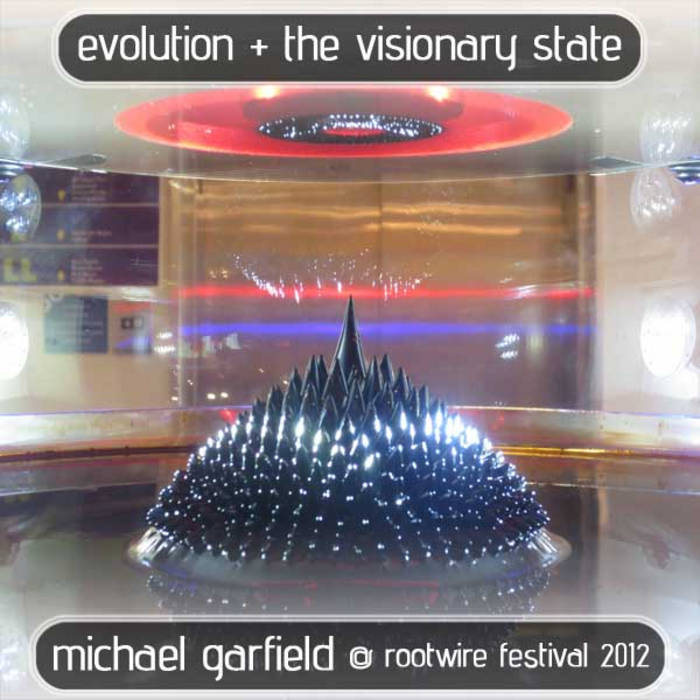 Excerpts from this talk:

Astronauts routinely report this mystical experience, this moment of cosmic consciousness, out in orbit – people like Rusty Schweickart, who got out there and saw the Earth with and as the eyes of the planet. This is what happens to us when we go out into orbit: we lose, in some sense, that fractured, delineated self – and gain an understanding of how we are these microcosmic vesicles of the Planetary Self that we actually are.

But the further we move from that field of influence, the more we become like a heart cell isolated in a petri dish, having lost its synchrony to the other heart cells. You put two of them together and immediately, they begin to pulse together. They're electrochemically entrained. But you take them apart, and eventually it realizes that it is no longer embedded within this larger function. That it no longer has a place within something greater...and, in whatever sense we can talk about this as the experience of a cellular intelligence, it basically falls into despair and dies of heartbreak.

So maybe the reason we haven't explored space is because we haven't found a way to actually create a spore of this planet, a functioning ecosystem within which we can travel to a distant world and [still] feel of something. Feel of the planet. And to me that is the evidence of the immaturity of our species – for I feel that when we finally awaken to our identity as individualized expressions of a transhuman, transbiological planetary consciousness, it is at that moment that we will suddenly have the inspiration [required] to leave this Earth.

All of us are going to, I feel, be called increasingly in the months and years to come into a position of gratitude and service for all of the support that we have been given, and that we are in lubricating this process that is equally well understood as hospice – the helping-along of someone across a scary and possibly obliterating threshold – and also birth, because you let go of everything when you are born. Everything that was familiar to you is gone forever, and you are cast out into a world that you have no memory of choosing. (In most cases.)

I think the thrust of it is that all of us can play an important role of support for one another, in whatever ways do actually happen for us. The world falls apart and some new world comes together in its place. And I think that requires of us a new self to appear in its place – to see the self in everyone else and to recognize it as one being. Not a static image of an unmoving eternity, but a living and constantly self-discovering creature.

I think there is a great deal of coming out right now, as we admit ourselves to ourselves. As we step forward and identify as children of the planet to the parents who may still be identifying with nationalistic or industrial concerns, with specific ideologies or cultural affiliations. These are things to be celebrated because we no longer rely on them. They're an art form, now, not a technology of survival. Terence McKenna said that culture is not your friend, but that's not entirely true; culture is an art project, now. It can be our friend if we raise it to learn to be our friend, because the choice is ours.