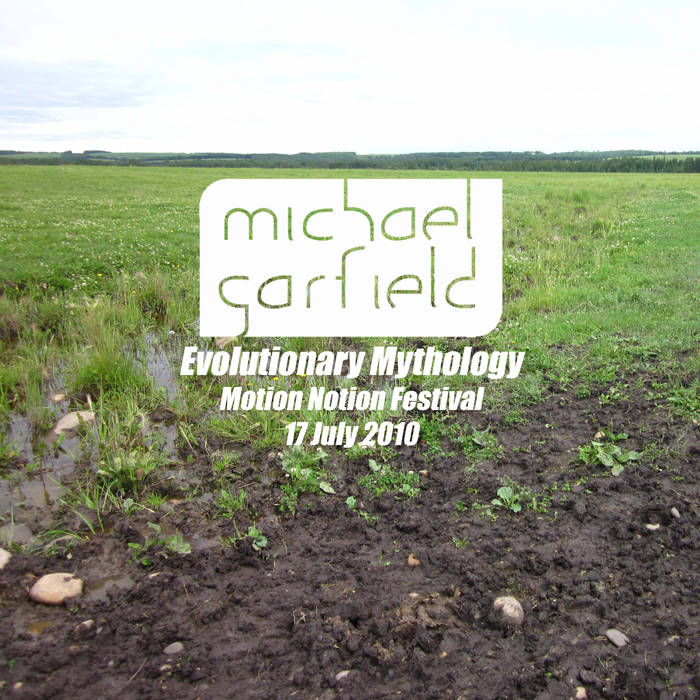 At the 11th annual Motion Notion Festival, in the wilderness outside of Edmonton AB, I gave the latest iteration of my informal talk, "Does Evolution Have A Direction?"

In it, I raised the question of whether the methods we have at our disposal can really solve the mystery of life's origin and destiny - and if it makes sense to argue that life has a destiny at all.

Over the hour-long discussion, I mentioned a few blind spots in the way we've constructed evolutionary narratives (including how myths of evolutionary directionality rely on a finite universe, for which we have no evidence), and addressed topics including the emergence of a telepathic world community, fractal self-similarity in the evolution of ideas and cultures, gods in a rational age, and how esoteric wisdom can inform our scientific process.

Overall, this was a delightful ramble through the winding trails of our evolving human mythos - poised at the awe-filled brink between majesty and humility, science and storytelling - where discovery and creativity are indistinguishable.

Knowledge creation is a collective endeavor! I'll be updating this page with links and salient commentary as new information comes to light. If you'd like to chime in, please email me here:
michaelgarfield@gmail.com

For a few more months, you can join the conversation about this at the Facebook event page here:
www.facebook.com/event.php?eid=139017432802515

(The best discussions will be re-posted here permanently after the event expires.)

"The Engine of Development: Integral Theory & Post-Metaphysical Entelechy," by Michael Garfield
integralworld.net/garfield2.html
...in which I explain how evolutionary pressures create conditions for "strongly convergent" emergent sociality and intelligence and allow us to discuss, in a limited way, how evolution does actually favor the transcendence and inclusion of its junior levels of organization.

"Integral Time & Causality," by Michael Garfield
integralworld.net/garfield3.html
...a preliminary survey of multiple perspectives on the nature of time, leading to the re-imagination of how we understand cause and effect. Since evolution is defined as change through time, any change in our understanding of causation dramatically alters how we conceive of the evolutionary process.

"The Next Evolution of the Web: On Immediacy & Authority," by Venessa Miemis
emergentbydesign.com/2009/12/07/the-next-evolution-of-the-web-on-immediacy-authority/
...in which the author explores the emergence of Web 3.0 and the consequences of mature electronic media for our construction of expertise and authority.

"An Open Letter To The Scientific Community," signed by a huge and growing number of physicists
cosmologystatement.org
...originally published in New Scientist, in which the scientific community's opposition to Big Bang is called into question as unscientific and dangerous to the credibility of cosmology. A great place to start for those who got hung up on my Big Bang denial.

"Evolutionary Biology Symposium @ Entheon Village 2009"
evolution.bandcamp.com/album/entheon-biology-symposium-2009
...an earlier panel conversation between myself and three other evolutionary biologists about the fringier aspects of evolutionary science - including the effect of thought on genetic expression over generations, the so-called "hundredth monkey effect," and the issue of spandrels.

"We used to think that if we knew one, we knew two, because one and one are two.  We are finding that we must learn a great deal more about 'and.'"
- Arthur Stanley Eddington