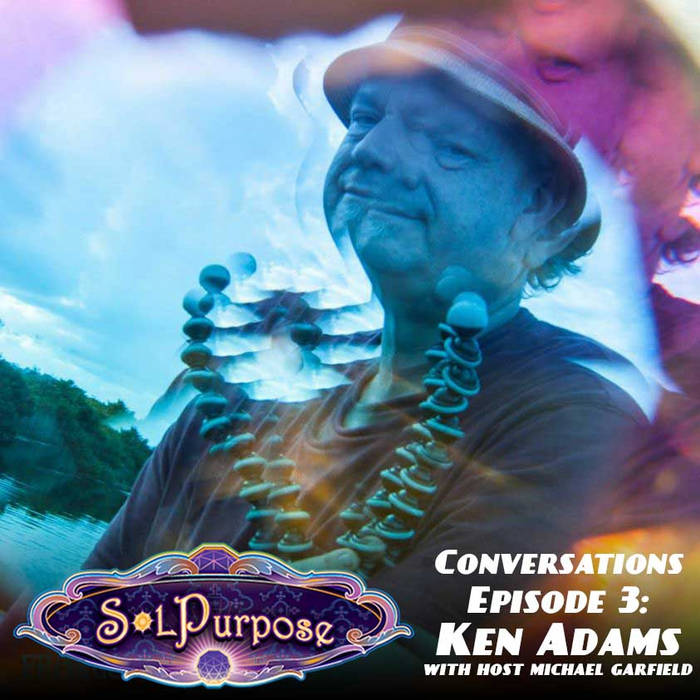 SolPurpose Conversations is a new series of personal, far-ranging dialogues between SolPurpose.com editor-in-chief Michael Garfield and a coterie of inspirational thinkers: musicians, artists, scientists, spiritual teachers, and combinations thereof. More than interviews, these long-format exchanges allow ample time to explore the depths and heights of the human condition in our age of accelerating change.

In this episode, Michael speaks with Ken Adams – experimental filmmaker, longtime friend and collaborator with Terence McKenna, and director of Imaginatrix, a masterful new work of psychedelic cinema. Topics include:

• The urgency and importance of the lessons of the psychedelic experience;
• Historical perspective on the first psychedelic revolution;
• Aging as a spiritual path and the importance of elders in community;
• The possible effects of radical life extension on psychology and culture;
• And more...

"People that don't know the psychedelic realm really have no understanding of why it's so important, why it's so essential to our survival. They think of it as some kind of momentary period of derangement where you're risking your brain and your sanity for the sake of a few thrills and joyrides. And definitely, that happens. You and I have been around a lot of that. We know what it's like in certain wavelengths of the festival world, and all that. And still, even from those people, they're face melting, doing their thing at at full speed, there are are always people in there waking up to this inner knowing, that there's more to this than what they thought was going on by a long shot, and it's not just fireworks and entertainment...there's something sacred going on here that's really mysterious, incredibly powerful, and very important to everybody's survival. So it's a pretty compelling thing when you dip your toe in there for the first time, even if you're in the middle of, or perhaps especially if you're in the middle of, some impossible acrobatic dubstep move you saw on TV and you're at your first party. You might all of a sudden hit that satori moment where you just realize you're part of the whole universe, and that you're part of this loving, incredible cosmos that's full of beauty and mystery as well as the dark side of fear and despair. That you're dancing in the middle of it. You get to decide how to dance, you get to decide what kind of movie to edit out of your adventure...maybe most importantly, you discover that it IS an adventure, and you get to choose to live it as such, if you want to."
- Ken Adams